The top ten Flash games of all time

Flash Games still hold a special place in the hearts of many gamers who grew up or were online during the early to mid-2000s. Anybody into the casual gaming scene could tell you that you were spoiled for choice. There were hundreds of developers, dozens of publishers and a seemingly limitless supply of new games daily. Best of all, there were no micro-transactions, no pay walls, and no downloads. As long as you had flash —which was standard back in the day— you could scroll through and play for as long as you wanted.

In this wild west world of Flash Games, it took a lot to stand out and succeed. Sometimes you had to be original, or have a cool theme, great graphics, solid mechanics or a neat twist on an old genre favorite. You also had to hustle. With so many games, so many publishers and such a low barrier to entry for both players and developers it was easy for a new title to suffocate in the deluge of content. But there were standouts. There were top games which naturally rose through the ranks to become popular, beloved, and replayed ad infinitum.

And that is what we are here to celebrate today: The ten best flash games of all time.

But honestly, what would truly make someone an authority on the best Flash Games of all time? There are thousands of flash games that have been produced and are floating around amongst dozens of publishers on the internet. The sheer amount of available games is overwhelming. By what metric would a mere mortal even measure such a claim? Do you consider the number of plays? Is it the length of those plays? Should you aggregate all of their individual ratings from a series of sites and establish an average? That could maybe tell you what is popular but does that really make it the best?

So, let's get it out of the way right now: Our list is a mix of popular games, influential games, and games that still hold up to this day. Some of these games have been re-imagined for mobile, others were responsible for launching a thousand imitators and some —like Siftheads— are truly unique and have never been duplicated. So, without much more undue hyperbole, and in no particular order: let us countdown the ten best flash games of all time.

Base and tower defense games were nothing new by the time the first Age of War rolled around. What seemed to lock users in was the way the game married the upgrade mechanic to the idea of cultural evolution. Now you didn’t just get bigger, faster guns: You went from caveman to the bronze age all the way up to Roman foot soldiers and eventually future bots. It was such a cool gimmick and the game engine itself so well executed that it would go on to influence countless other games but never really, truly be surpassed. You can still play this game today and it’s just as engaging as it was when it was first released. 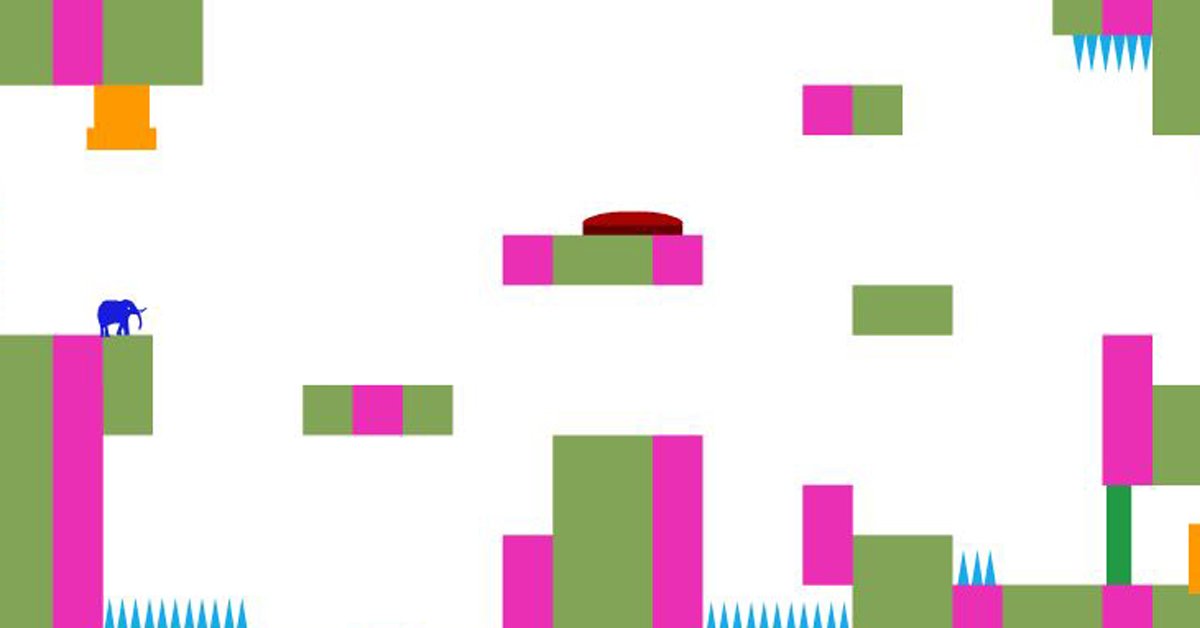 9. This is the Only Level

Flash Games were weird. A big part of what disappeared in the jump from Flash games to mobile games was just the simple weird factor inherent in most of the games. To be clear: This is the Only Level was a weird game. It’s a good game, but, it’s a weird game. This is the Only Level is a platform based puzzle game where you play as an Elephant and just like the name says there is only one level. There are actually a series of increasingly difficult levels, but all of them take place on the same platform but require you to use completely different control schemes. It’s more fun than it sounds. This kind of minimalistic, absurd, and kind of metagame was a staple of flash games. 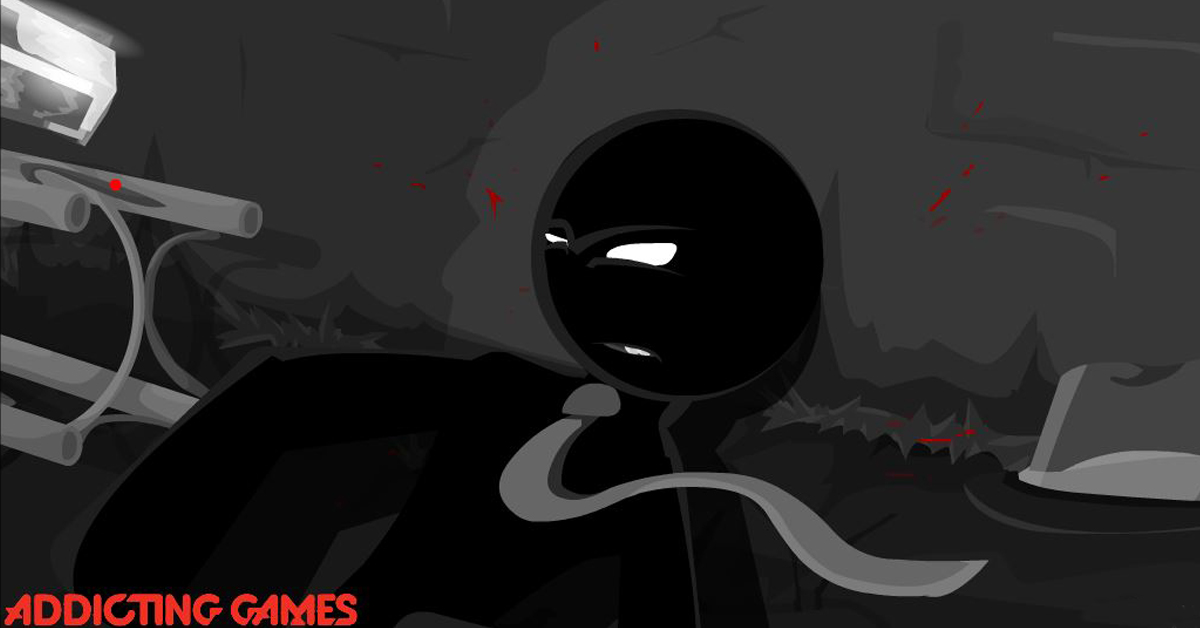 Violent, cinematic, and with a story that continued through many sequels and spin-offs. The world of Siftheads is beyond ambitious. It is unprecedented. The Siftheads world pumped out so many quality games that I wouldn’t feel comfortable giving you an exact number without a lot more research. The Sifthead games defied genre. Some were sniper games, somewhere on the rails shooters, there was even a fighting game at one point. All in all, it was a pretty maximalist approach to Flash Gaming. Especially when you consider the games themselves were all just stick figures living out true romances and kung-fu fantasies. 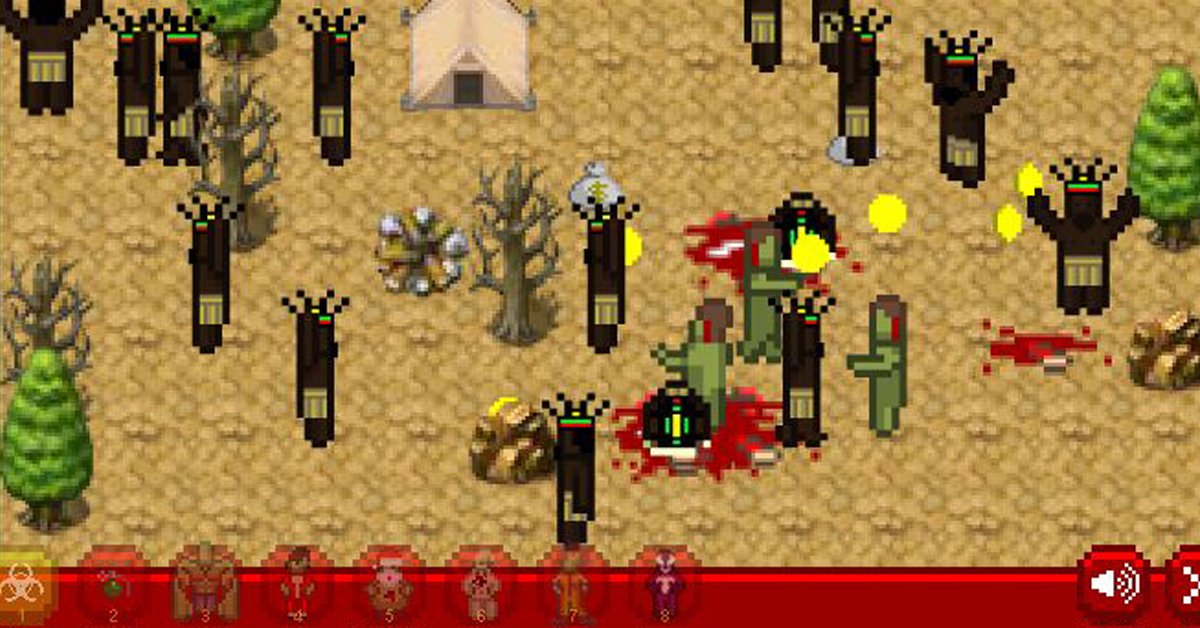 Imagine the zombie apocalypse from the perspective of the rage virus in 28 Days Later. Infectonator took minimal bit-pixel graphics and a unique premise and made a bizarre real-time Zombie themed puzzle game. Spread your disease and build resources to customize it. You’re the mad scientist behind the creation and perpetuation of a cruel and hopeless zombie virus. The point of this game wasn’t world domination, it was world destruction. Cute but bloody 8-bit destruction. 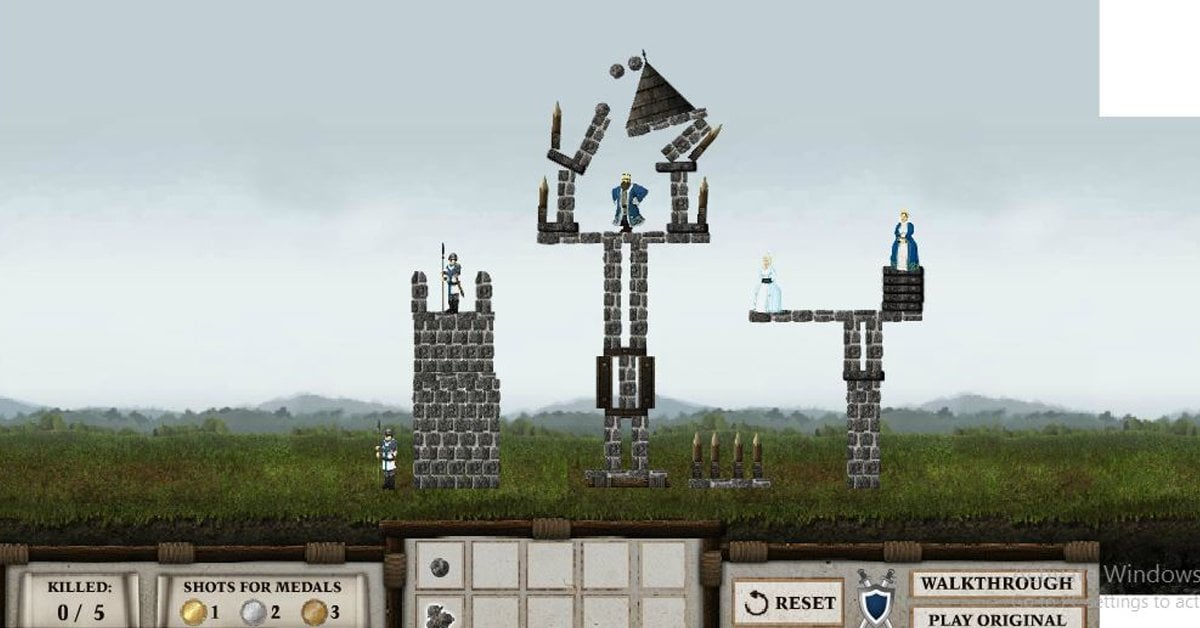 Physics has always been an integral part of Flash Games. Developing a solid physics engine that is realistic and responsive as well as being predictable and reliable was the holy grail for a lot of developers. Whether the games were platformers, launch games, or bullet hell games, physics always played a big part. Which might be why Crush the Castle simply crushed the competition. Crush the Castle was a launch game where you fired up your superior siege weapon and took down an opponent's castle. You’d have to account for distance, weight, and the height of the castle, as well as how hard you wanted to hit it. It was kind of like a destructive 2-D version of a golf game. Still as playable and addictive now as when it was first released. 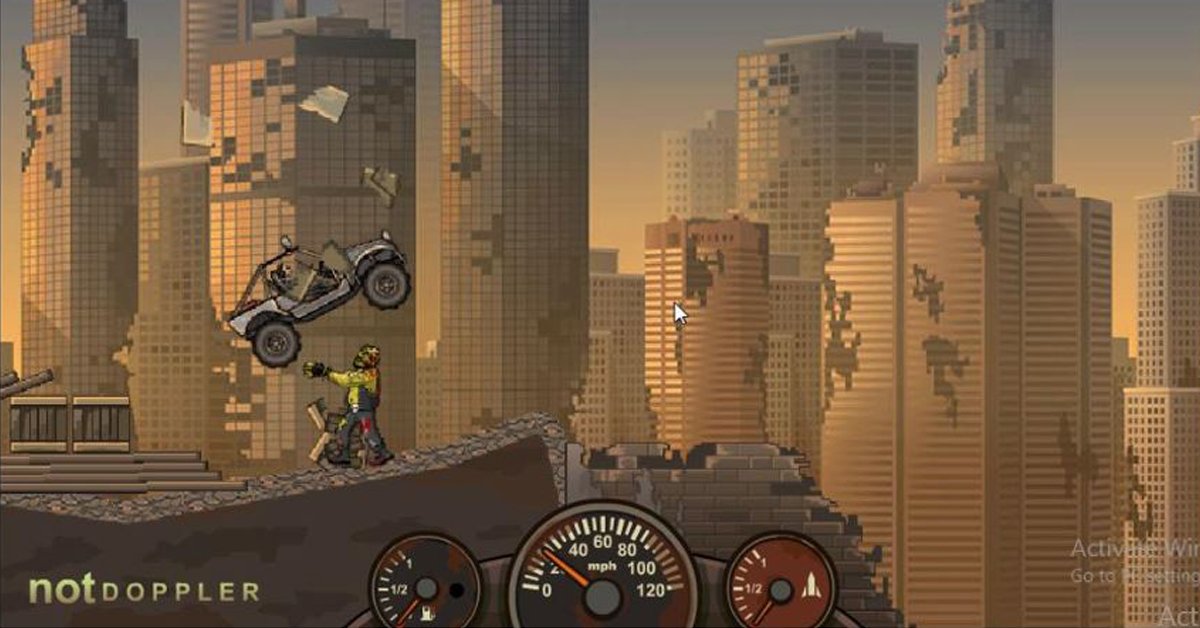 Smash, upgrade, progress, repeat. Add zombies, a post-apocalyptic wasteland and classic cars to the mix and you got yourself a hit Flash game. Earn to Die and its sequels were elegant games where you choose whichever beat up husk of a car you wanted and then smashed your way through various zombie-ridden wastelands to slowly upgrade each component part. Wheels, engine, the hull, weapons. Everything was upgradeable, including the car itself. The end goal was always to travel farther and wipe out more zombies than last time. Simple mechanics but addicting gameplay made this game a classic many times over. 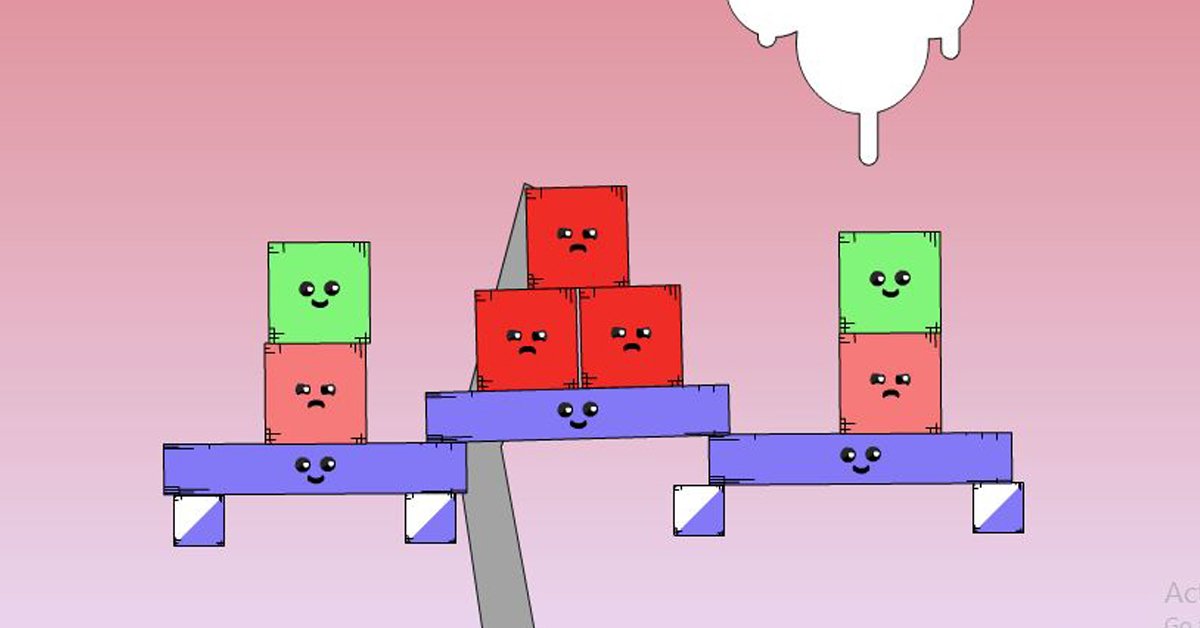 “The red shapes are miserable.” So begins the first level of Red Remover, a physics-based puzzle game that tasked you the player with strategically clicking around a two-dimensional horizontal board in order to make the red blocks disappear and the green blocks stay together. Think of it like Jenga is the pieces weren't built straight up in a tower but rather spread out amongst a screen. Red Remover was probably the best and most popular of its type of game and you can get wrapped up in it to this day if you dare to try it out. 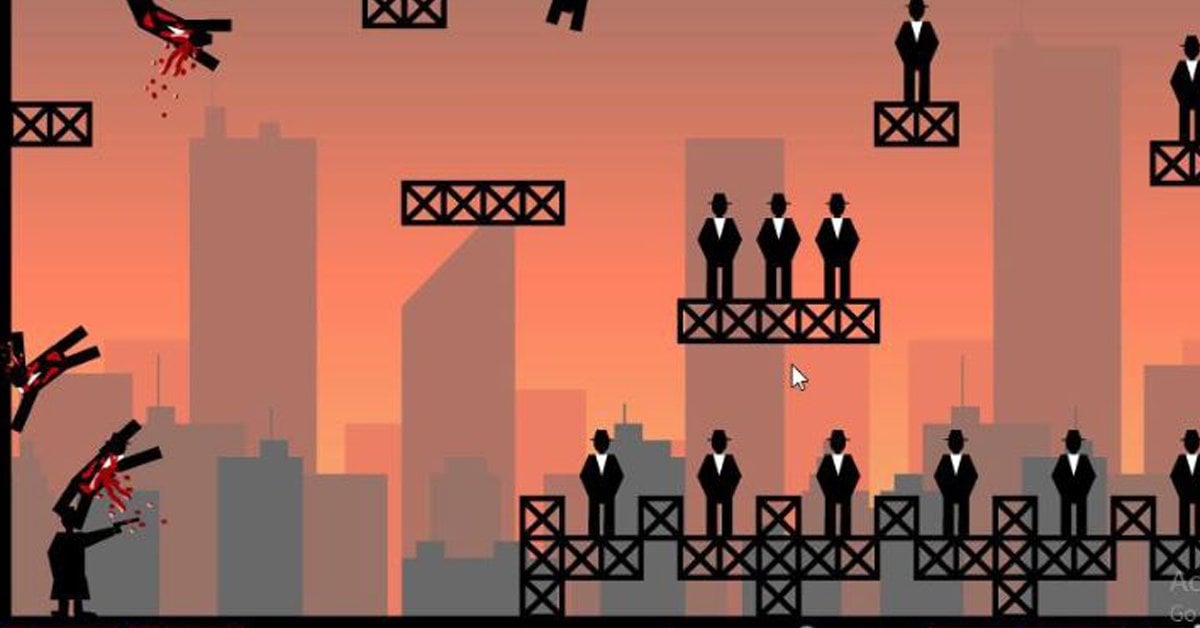 Here we go again with another physics puzzler. Reiterating the importance of both physics and the value of a good real-time puzzle, Ricochet Kills and the far superior sequel Ricochet Kills 2 were mobster themed shoot em ups with a twist! The twist was that it was actually a puzzle game where players had a limited amount of ammo they had to bounce off walls and ricochet around the screen in order to pull off the kills they needed to win. Extra points were given to players who could do it in as short an amount of time as possible. Sounds simple and it wasn’t. This game will get inside your brain. 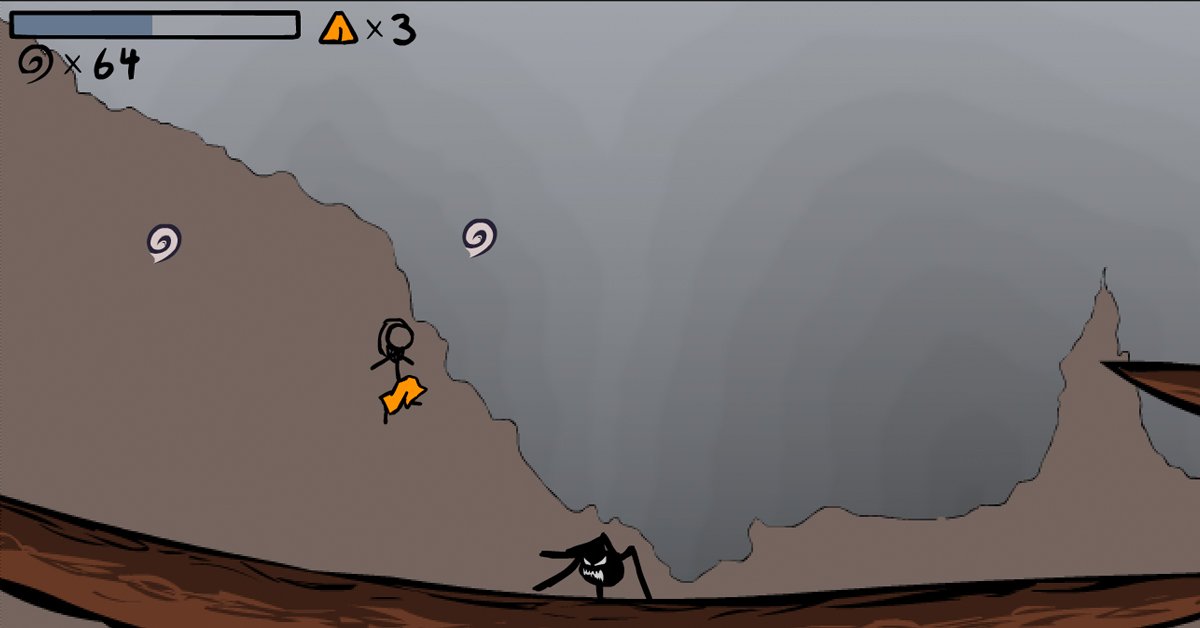 In a lot of ways, Stick Games of all kinds could be said to be the real dominating force in all Flash Games. We have two entries on this list already which encompass dozens of games and it isn’t even scratching the surface. While Fancy Pants isn’t your traditional hyper-violent, blood-filled, rage-inducing stick game, it is technically still a stick game. And it is also one of the most popular and well known Flash Games of its time. Fancy Pants and its sequel were unfathomably successful for being such straight forward platformers. The games were definitely inspired by Sonic the Hedgehog but had way more personality and complexity. Also, take note of the attention to detail. The way Fancy Pants hair moves and the way they hang off and crawl up the various edges of the game. As breathtaking to witness now as it was to play back then. 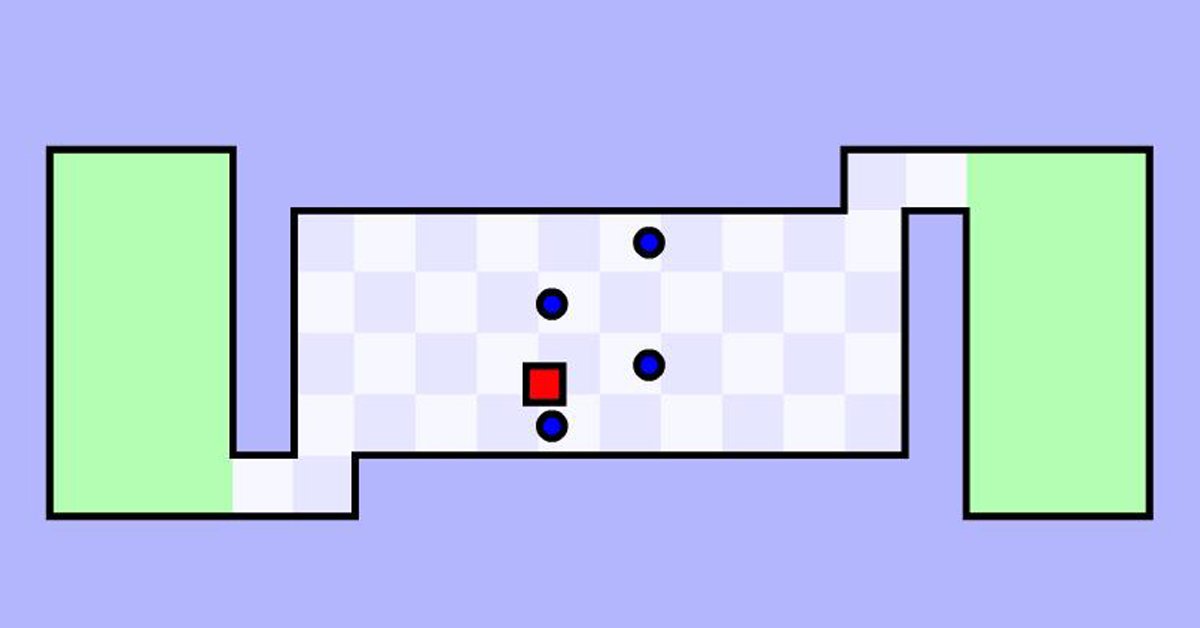