Ev.io Is the Newest Addicting Game

Welcome to our first blog post about our newest game ev.io. We’re proud to share this game with you and take some time to talk about it now before we do a bigger launch down the line. Ev.io is a futuristic first-person shooter that puts you in the boots —and sights— of mecha warriors who fight for glory, victory points, and fun. It is a battle royale game that currently has three modes of play —Deathmatch, Team Deathmatch, and Last Team Standing— but a little birdy told us that a bunch more game modes are on their way. Now, we’ve been doing an extended rollout on this game because it has a lot to offer and there’s a lot of content to digest. This blog posting isn’t going to be a deep dive into anything specific. Consider this more of a brief overview of what is in the game and what you can expect. In the future, we might do a preview of maps, weapons, or cosmetics, and depending on the availability of our dev crew we might do a strategy guide or even a behind-the-scenes on what it takes to make one of the best browser-based first-person shooters on the internet.

But for now, we’re just going to cover the most basic of the basics. 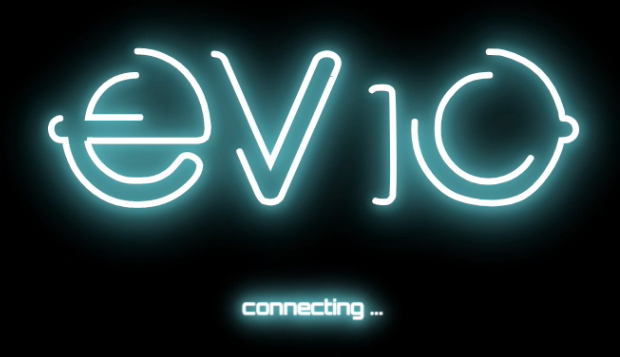 Like most of our games, Ev.io was in development for a good little while, and just like Little Big Snake or Tactics Core: the time, work, and effort the team put into its creation really comes through in the gaming experience. For example, each map is original but has a familiar feel —like the faded memory of your favorite level from a console of times gone by. Do not expect low-effort maps or re-skins of the same layout. Each map is an original, artisanal design that has been playtested and perfected for optimal enjoyability. Whether you’re cowering under the red skies of our “Dusk” map or taking it to new heights on the “Sanctum” level you can be sure there are places to hide, perches to camp, and other Easter eggs like teleporters, and hidden ledges that make discovering the maps almost as much fun as the game itself. Imagine if you will, a labyrinth of nooks and crannies which lead to plateaus of open spaces and blocking terrain. Each map in ev.io is designed with care to ensure a balanced canvas for you to paint the town red with your very own art of war. Currently, there are 13 maps you can get to know, love, fear, and respect. As with all of the game's content, however, there will be more on the way. In fact, you can pop into the game's official Discord to vote on your favorite current map, request new ones, and give your much-valued feedback to our hardworking team of designers and developers. Remember; we work hard so you can game hard. 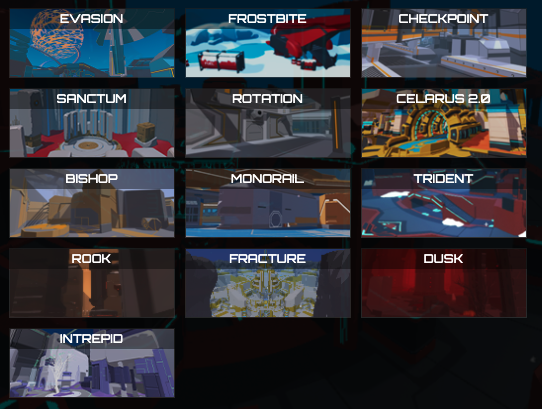 Ev.io also has an extensive and ever-growing catalog of cosmetic armors and unique weapons that you can unlock by grinding away and earning them or by buying them with real human dollars. We respect and appreciate you however you decide to go about upgrading your characters because we know that these upgrades rule and even the most casual of players are going to want to get hooked up. Players who play to win should also dress the part. Why show up to the battle royale in the newb armor when you can teleport in wearing the rare cobra skin? Our cosmetics collection rotates regularly and the different skins are listed by rarity, availability, and cost. It is a system that allows players to express themselves with a truly unique look and allows different clans to differentiate themselves with a uniform look. There is nothing more terrifying to an opposing squad than a fully coordinated clan of well-dressed mecha-assassins hungry for blood and ready for war. But don’t take our word for it, play a game of ‘Last Team Standing” against a clan dressed to the nines in our Legendary Oni skin and feel for yourself the visceral impact that coordinated aesthetics can have on even the most jaded gamer. As Ru-paul once said, “When you become the image of your own imagination, it’s the most powerful thing you could ever do.”

Ev.io is also breaking a lot of new ground with our dedication to unique abilities and mechanics. Besides offering the player a selection of three different starting guns to choose from, all with their own strengths and weaknesses, ev.io comes complete with a teleportation mechanic that allows players to *BAMF* their way across the board. It comes in handy when you’re under fire or want to surprise opponents by ‘porting into the middle of a firefight. Yes, teleporting is cool and yes it is seamlessly integrated into the flow of gameplay so that anyone can intuitively plan their jumps and basically use superpowers in the middle of a shoot-out. But, it's not even the coolest ability that ev.io has to offer. You can instead choose to equip your character with the much-vaunted triple jump. Remember how much you liked double-jumping in your favorite platformers? Well, we’re taking that to the next level —literally—  with the triple jump! Triple jumping is basically diet-flying. It’s like one of those dreams where you’re gliding through a summer meadow with your feet dangling in the air behind you and your face touching the blades of grass beneath you as you float onwards and upwards to victory.

The triple jump in this game is a tactical marvel that lets you leap out of a kinetic situation, sneak up on enemy hostiles, or avoid incoming sniper fire by hopping out of range and circling behind them. The feeling of the triple jump in this game is so natural that once you start using it you’ll wonder how you ever lived without it. Our level designers have also taken into account a player's ability to make super-natural leaps and thus if you go looking you’re sure to find lots of areas —above and below— that can only be accessed via the magic of the triple jump. If you haven’t tried the triple jump yet, what are you waiting for? Head to your settings menu, activate it, and get hopping. 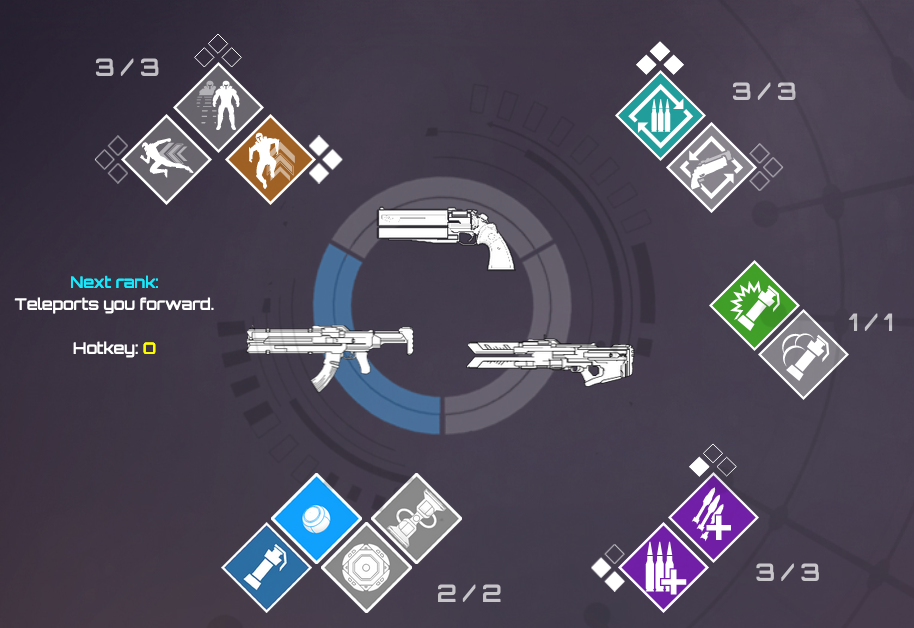 Beyond these marquee abilities, the game has a relatively complex ability system that stems from the use of various types of grenades and leveling up. For example, you don’t have to just choose between triple-jump and teleport. Those are just the ends of the spectrum. Within that gradient, there is a lot of room for customization and toggling. We also have a stamina bar that affects your sprinting and teleporting but not your triple-jumping. The diversity of the movement abilities alone are enough for most devs to hang their hat on but ev.io is a little extra in a lot of ways. We already mentioned the three different guns a player can choose from when starting the game but this doesn’t even scratch the surface of weapons available in the arena and for purchase from the store. Once you start tabulating all of the possible combinations of weapons, grenades, movement abilities, maps, clans, and attack strategies you realize that there is a breadth and depth to ev.io which is not found in most other browser-based shooters. There is a lot of originality in ev.io but it is all based on a reliable and well-worn genre of gaming that stretches back to the early ’90s.

With ev.io we’re not just trying to honor the past but propel first-person shooters into the future.

While ev.io is our newest iogame it is certainly not our only game. It is the latest in a long tradition of all original, high-quality games created in-house at Addicting Games like Tactics Core, and Little Big Snake. We’re proud to publish and share ev.io with our audience and hope you’ll give it a play and share it with your friends. You can play ev.io right now for free here on Addicting Games, our sister site IOGames.space, or by going to the game directly at ev.io. Whichever way you choose to play we hope you have a good time. If you want real-time updates follow us on Twitter or join our Discord and get in touch with other players or the developers themselves.