EV.io Is Getting Into NFTs

Hello, this is Addicting Games speaking. As you know we like to use our blog to keep you up to date on the latest news having to do with our site, our games, and our brand. And as a brand, we are broad, busy, and always full of surprises. This means that sometimes there is so much going on that it can be impossible to keep track of it all. We know that a lot of you out there like to be on the cutting edge of the Addicting Game-o-sphere and we don’t wanna let you down. That is why this month we’ll be focusing on Ev.io and talking about everything we’re up to across the spectrum of the Ev.io world. Everything from NFTs to Luminosity and even HUT 8 is going to get a mention this month because we’re a busy company, folks:

We got a lot going on. 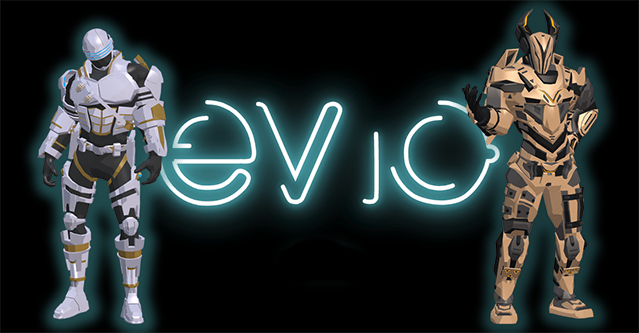 First of all the biggest news is that we’re getting into NFTs.That is right. The same people who brought you the Kitten Cannon and the Impossible Quiz are now launching themselves to the moon itself via NFTs. Now you may be asking yourself “Just what is an NFT?” Well, don’t ask us. We only work here. And frankly, it is not our job to educate you on what things are or what they mean. Just kidding, haha, but seriously NFT means Non-Fungible Tokens. For years we as a species have struggled under the tyranny of tokens which were great but at their core were also inherently fungible. It was awful and that cursed era of humanity is now considered the BNFT era or “Before Non-Fungible Token Era.” Luckily, some plucky young developers, entrepreneurs, or engineers discovered non-fungibility in a lab or on the moon, or at the bottom of the ocean. These scientists or CEOs or astronauts (depending on the telling of the story) were able to distill this discovery to its essence and create a token that was itself fundamentally non-fungible and thus NFTs were unleashed upon our world.

The future is now, and we —as a species— are headed into a new renaissance that is driven by Web3 and NFTs. We —as a brand— decided that to be on the right side of history it is important for us to get into NFTs. And of course, by getting into NFTs we mean we’re getting you, the player, into NFTS, our NFTs. Or to be more specific Ev.io NFTs. That’s right Addicting Fans, everybody's favorite web-based desktop FPS which requires no login and no software to download is now dropping their own NFTs.

And by dropping, we literally mean dropping (figuratively that is.) See, one way the NFTs will become available is at random in various game modes at the same points where weapons spawn. You’ll just have to keep your eyes open while playing, be logged in, and have your crypto wallet connected to your account. For now, the tokens will premiere in 2 different types of rarity (both inspired by our content editor) the rarity types are “Epic” and “Legendary.” You’ll be able to find the drops across three different game styles: Team Deathmatch, Battle Royale, and just regular old Deathmatch. There are a few other ways in which you as a player will be able to get your hands on the tokens. Probably the most fun way is to acquire them after defeating a boss in battle. This requires a bit more effort on the player's part but it gives you something more than just the satisfaction of defeating a boss. You’ll also be able to acquire them from the in-game store using the in-game currency you acquire from playing the game itself. The store is accessible by clicking the “store’ tab at the top menu over at Ev.io. Going forward we’ll also have contests, each contest will be different than the last and if you want to stay on top of them you’ll have to follow our Twitter or be on our Discord.

Now, this might seem like little more than a brief overview of what is an inherently complicated topic with lots of moving parts, tons of details, and mind-boggling amounts of minutia, and that's because it is! Web3 and NFTs are truly a kinetic situation that is still unfolding and our place in that dynamic world is still relatively new. Heck, the crypto-sphere itself is still relatively new. What we can tell you that we are very excited about is that we’re partnering with HUT 8 to mint our NFTs. That's right, HUT 8, one of the largest crypto mining orgs, is now working with us. In the next year, you can expect limited edition HUT 8 NFTs and tournaments and competitions sponsored by them. We’re proud to be working with Hut 8. We wish we could sing it from the rooftops but tweets from our social accounts are just gonna have to do.

We’ve also teamed up with team Luminosity! That's right, team Luminosity. We’ll be doing streams, contests, definitely some NFTs all kinds of awesome stuff with them. Another partner we’re proud to be associated with because of all their hard work in the streaming sphere. If you want more specific details on exactly what we’ll be doing with them, you’re just gonna have to hold on a bit, follow our socials and jump on that Discord. We’ll be releasing details about the streams, competitions, and NFT drops as they become available. But until then just keep watching the skies (our Twitter.)