Games → Multiplayer
RatingNewest
Multiplayer games are games you can play with your friends from across the world! 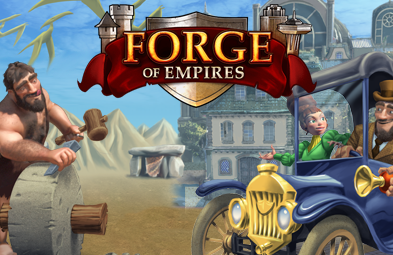 Please make sure your adblocker is disabled or you won't be able to play this game. Forge of Empires is a truly epic MMO game. Do you think Empires are negotiated over biscuits and tea? Fool! The world around you was forged in the flames of time and against the cold iron of experience. All empires started as an idea which was brought forth into the world and made real by hard work, determination, and strategies of their founders. In Forge of Empires: the game, you will start as a small stone age settlement and slowly build up an empire throughout the ever-changing tides of history. Go from stone to bronze to steam to industrial to information and beyond! This game ain't like dusting crops or growing a garden, it is a strategic massively multiplayer online role-playing game where you must learn to manage your resources in order to grow your settlement and eventually dominate the future itself! 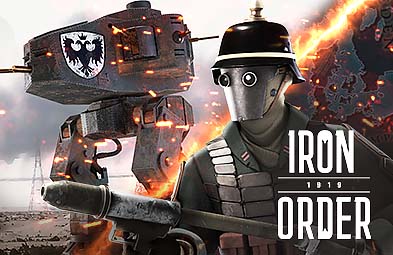 Iron order 1919 is a free MMO game. Ah, yes 1919 – “The Great War” continues. Though one must wonder, can a war really be considered great? Perhaps that is a question for the philosophers, not you and me. We are the generals and foot soldiers on the ground, it is our blood sweat, and tears that grease the engines of empire. It is our sacrifice, our will, and ultimately our victories that will turn the tides of history. Europe has been trapped in a fierce fight over dominance and a temporary armistice is giving all nations a chance to revise their strategy.&nbsp;Under the Iron Order, countless inventions and technological advancements lead to Mechs roaming the battlefields.&nbsp;Mechanical warfare is slowly taking over while soldiers become mere bystanders when massive Titans (Massive Mechs) collect their bloody harvest. It is a time of monsters and a time of nightmares. Your worst dreams of machinery run amok have come true and they are bellowing a monotonous, mechanical war cry as they stomp across the sullen wastelands. Iron Order is your chance to make a mark on battle-torn Europe. Enter an accelerated race driving technology to levels the early 20th century has never seen. In multiplayer matches with up to 26 players, you are asked to plan your strategy wisely and lead your nation to victory! 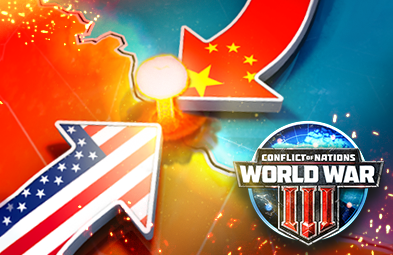 Well, what are you waiting for? The world isn't just going to take over itself. Chaos reigns and the world has become a powderkeg just waiting for a madman to light a match. It might as well be you and it might as well be now! Choose your country --or let the computer do it for you-- and then devise a strategy! The world is at war and it is waiting for you to take control. Grab this writhing mess by the reigns and ride it into submission. Choose your infantry, your armor divisions, your airforce, and maybe even your navy! Upgrade each of these units while you map out a strategy to provide resources and manage the economy of your burgeoning empire! There is an opportunity in chaos, the opportunity for order. You can be that order. You can be the spark that will light the flame that will burn down the terror and chaos of the future.

Shakes and Fidget is a free browser-based and totally ironic MMORPG. If you love all of the excitement of creating a character, going on quests, side quests, fetch quests, then fighting bosses for more loot and experience points, you are going to love Shakes and Fidget - in an ironic way, of course. Shakes and Fidget plays with all of your favorite fantasy and MMORPG game tropes and mechanics and then re-imagines them with an ironic twist. It is an exciting new take on MMORPG's and it is something that you'll definitely want to try out. Choose your race, class, gender, and then customize your character before setting off into the hinterlands to find quests. Each quest will require careful considerations about diplomacy, tactics, economic choices and of course character development. 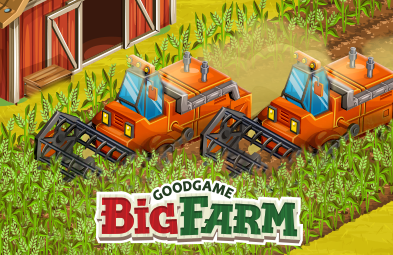 Big Farm is a country themed resource management game. Alright, city slicker. Have you ever wanted to be a farmer? To live the country life? To know the weary resolve and satisfaction of a hard day's work? Do you think you have what it takes to inherit your Uncle Georges farm, fix up the chicken shack, polish off the cows, hose down the horses and get them fields popping? You'll have to be smart and move fast. Manage the resources at your disposal and ask friends, family, and neighbors for help. This is a massively multiplayer online role-playing game where you are tasked with the noble feat of raising a farm. You will be competing against other players but it's not a winner take all scenario. There is plenty of room for negotiations, sharing, and mutual aid. Prove that you're smart enough to run a farm. 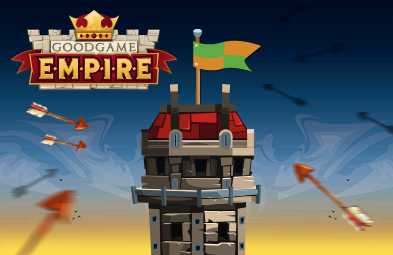 Your Empire won't be built in a day. A good empire takes time and a good game gives you that time. Game Empire is a massively multiplayer online role-playing game where you will be able to spend months slowly building up your small village into a mighty empire! You'll have to make strategic offensive and defensive moves, you'll have to determine the correct battle tactics and use them against your enemies, and believe me: there will be a lot of enemies. Game Empire had thousands of players online from all over the world. All of them are trying to build up an empire, just like you. Some of them might be potential allies, trade partners you can negotiate with for your own mutual support. But most of them will be your bitter enemy. You will spend months at war, thousands of your troops will die, people will starve. Empires are like a meat grinder, you put in a healthy group of people and they get churned up and spit out: the carnage of empire. 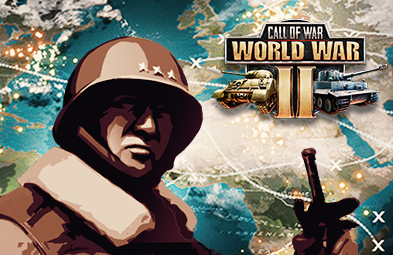 What if World War Two didn't quite go the way we remember? History is not written in stone and through war all things possible. In this massively multiplayer online role-playing game you will play the role of a country during World War Two. You may choose between the Axis or the Allied powers. Your choices in regards to infantry placements, attacks, the types of tanks, and armor that you buy, as well as what you invest in your navy and air force could completely re-define the course of human history. But conquest doesn't just come at the end of a gun. In Call of War, you'll be able to not only conquer provinces but also forge alliances with other players in order to build up your own economy. At its heart, Call of War is a resource management game. So, you'll also be investing time and money into researching secret weapons which might bring about the end of the war. 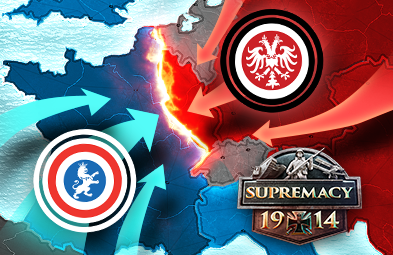 Europe is on the brink of collapse. Petty squabbles over resources, borders, and alliances have driven the world to war! And what a war it is, indeed the war to end all wars, in Supremacy 1914, you will act out the drama, intrigue, action, betrayal, treason, and inhuman horror of the first world war. Manage a European country, keep your economy strong and your resources on point and then build up a mighty army to devastate your neighbors! Upgrade your various units including infantry, generals, armor, and the air force as you blast your way through nation after nation who dare stand in your way! The world of Supremacy 1914 is cut throat but also encourages treaties with opposing players. You can negotiate deals with non AI countries in order to accomplish your mutual goals.

What are the most popular multiplayer games?

What are the best multiplayer games to play on phones?

What are multiplayer games?

Multiplayer Games are an opportunity to play against other players from around the world. Are you boss enough to test your mettle against millions of other players from around the world? When you play an MMO game you're not just up against an AI or a few friends, you'll be playing a game with thousands of potential opponents!!! Are you ready? MMO is an abbreviation for the term Massively Multiplayer Online. These types of games are platforms which allow thousands of players into the same world at once. Typically you'll find yourself in a first person shooter like or a real time strategy game like

What is unique to MMO's is that they will often exist in a state of persistent evolution. This means you plant crops one week and harvest the next. The longer you play as a player in real time the more options are opened up to you. They reward dedication and replay. They also offer you the ability to practice long term strategy and short term tactics. You can raid an opponents base when they least expect it. You can harvest when the season is just right and time the completion of your crops with a new trade cycle. Or, even if you just want to go hog wild in a first-person shooter game you'll be able to put your practice and experience to the test. Rack up kills when playing noobs and really see how good you are when you're playing against real-life players with as much skill as you. If you think you're ready for a true test of your skills or a new paradigm on strategy games: MMO's are for you.