Developer Of Mope.io Talks About Sale To Addicting Games.

Mope.io is a survival-style arena game where players choose a starting animal that they will slowly evolve over the course of the game. You must fend off starvation, dehydration, and different weather conditions as you go head to head with other players in a competition to be the biggest beast in the biome. Some of the mechanisms unique to Mope.io are the ability to evolve your animal, special abilities for every type of beast, hidey-holes, and changing weather and natural disasters on the map. You're not just fighting other players to survive, you're fighting the environment itself.

Addicting Games recently acquired Mope.io to add to their catalog of unique IO games like Little Big Snake and Tactics Core. To commemorate the occasion, we sat down with Tatarnykov to talk about his history as a game designer, what lead to him creating Mope.io, the game's initial success, and how he thinks it can still grow and thrive in the competitive world of IO games, apps, and beyond. 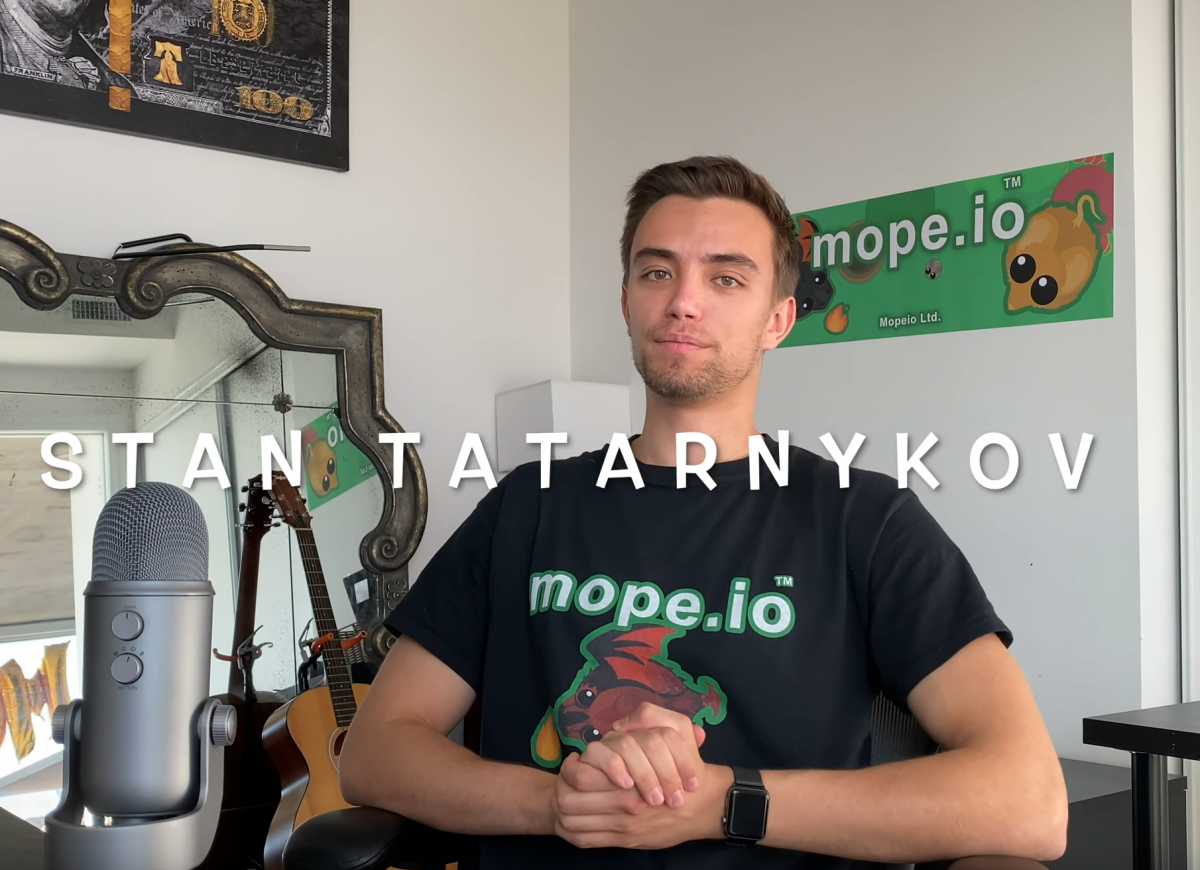 “I didn't know code I just kind of knew I've always wanted to create games. It's weird but I'd create games based on other games I played. As a kid I would draw stuff on paper with my brother, we'd draw maps for this other game and almost act it out, like play it out, draw the health we have, how much money we have. It was a weird little passion of mine since I was young. So, later on, It's very obvious that once I learned to code a little bit in school, I’d go into games.”

Tatarnykov goes on to explain he was further inspired by a friend's success in the app world:  “there were lots of apps making money. I saw some guy made this big popular app, I think it was ‘Police Scanner Plus’ or something. But basically, he was making millions of dollars from a young age, just off apps and that inspired me. Like, I want to do something like that. And maybe I'll make a game… I dropped out of university.  I was going into business and I just said, f#$% it. I'm gonna make apps.” 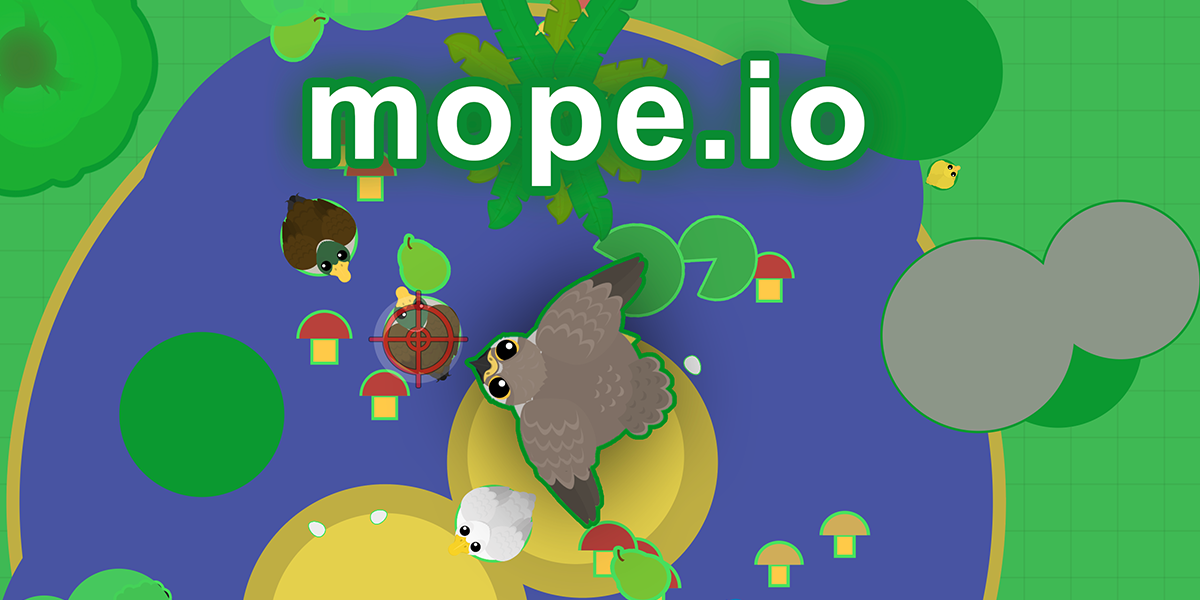 Becoming a full-time game developer is the dream of a lot of people. Everybody has played a game and had an idea or two about a game they’d like to create, or maybe quitting the 9-5 to run away and make their dreams come true with the next Flappy Bird. Which in a manner of speaking is exactly what Tatarnykov did next:

“I learned how to make iPhone apps on my own and I published  “Floppy Worm. It was basically my own spin on Flappy Bird after the Flappy Bird dropped off. It did kind of well, it got like 200,000 downloads within like a short time, but it was a free game. Then I published probably seven or eight other games that didn't do very well. Some of them are still on the App Store, again those didn't do very well. I made a little bit of money but nothing serious. And then I finally made an original game: I made Mope.io, and that's the one that really did well.”

The originality and uniqueness of Mope.io cannot be overstated. The game has mechanics players might be familiar with from other games like Agar.io or but there is also the marquee mechanic based on evolving your character which is unique to Mope.io, as well as a cool mechanic that allows a band of smaller players to team up on and defeat larger more experienced players. This is an original idea that also fits well into the untamed nature theme of the game. We asked Tatarnykov about the originality of the game and whether or not he thought that was part of its success in the crowded world of IO games.

“Yeah, I mean, a lot of Mope.io is super original, I haven't heard of any other game with like a food chain of animals, especially multiplayer. We invented a lot of random things along the way based on player feedback: We have flying animals now, you can fight players in a one-on-one duel. There are abilities like poison, like lava. It adds depth. It's a lot deeper so that someone could get into the game and know more stuff and feel like they're like a pro-player. We also listened to what people said and that helped shape the game from an early point to make it more interesting and fun. We invented tail bites, where the smaller players can actually fight back against the big ones, I've never seen another game do this stuff before.” 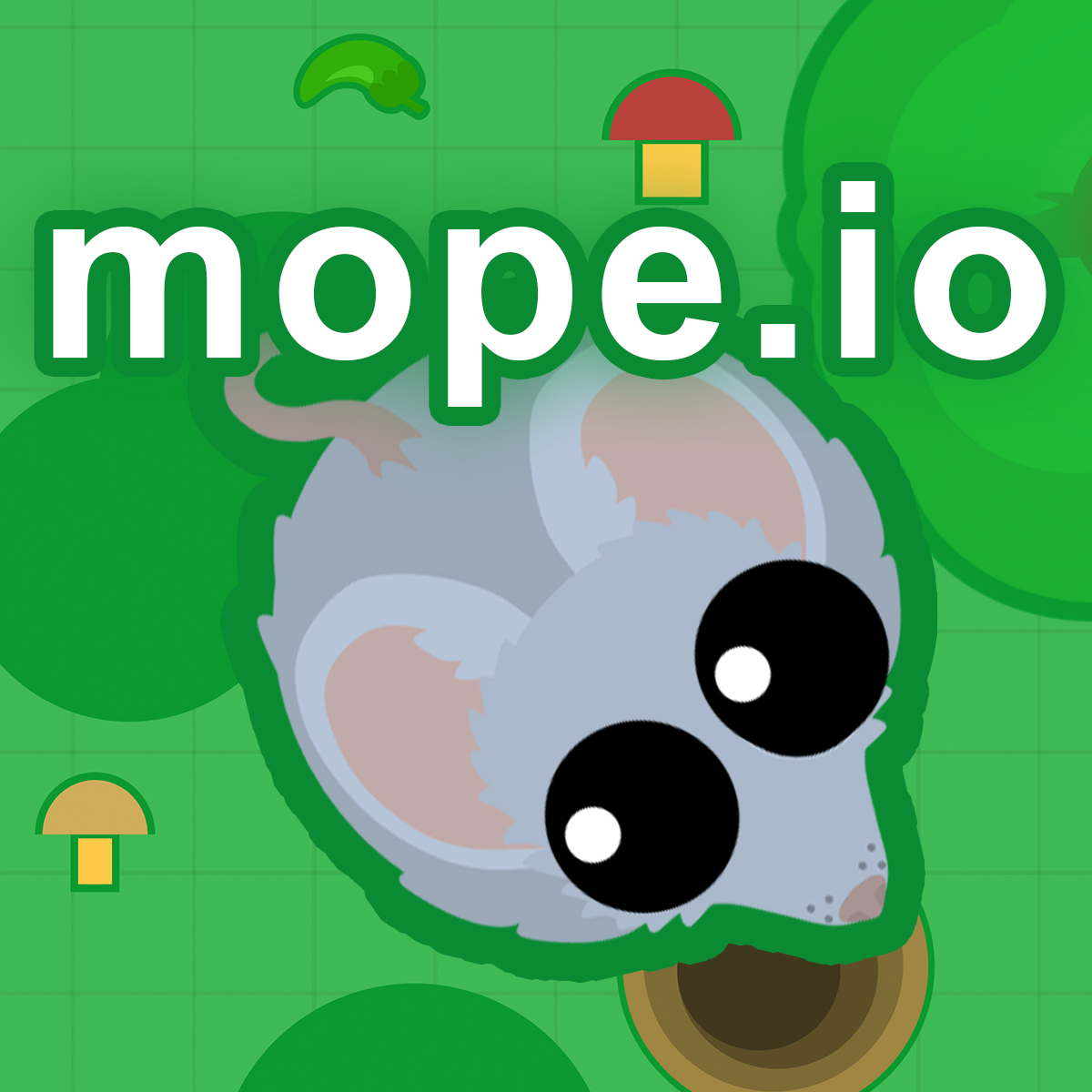 Tatarnykov stressed that It was communication with the fan base that helped make Mope.io unique and keep it engaging. From its inception, the game has been constantly evolving based on listening to and interacting with the fan community. Everybody's feedback was important, even some players who started out as trolls.

“Every day, I would go on the Reddit, I would post ‘what's going on?’ I talked with players. I was actually very open to criticism early on. When people were pissed that I changed something, I'd hear this, ‘you ruined the game, you made this animal too fast. Now I can't run away from it, fuck you, you're horrible.’ I would just be like, ‘Oh, thank you for your feedback. Should I make it a little slower? Or make the other ones faster?’ I tried to be calm with them. And then they almost felt like ‘wow, this guy actually cares! oh, sorry about that. Sorry about being mean.’ And they'll be telling me exactly what they think I should fix.

It was player feedback that made us think there’s something missing in the game like small players are always getting bullied by the big ones. It makes sense if the small players could gang up on the big animals in some way and bully them back. We invented these things. If players said, ‘that is wrong or this is wrong, something's missing’ we would just add it in.”

It is interesting to hear that what is now a polished game had such humble beginnings but it seems like part of Mope.io’s strength is that it was able to pivot, change and adapt to player sensibilities and styles as time went on. With Mope.io having gone through so much growth and change and evolution already, we had to ask if Tatarnykov thought there was still space for Mope.io to grow and change going into the future.

“We still have some pretty big ideas that would change the game, for example, the underground biome adds a whole new dimension. Like I said, the ‘food chain’, the whole predator and prey thing. I gave a list of all my notes and ideas. And there are still a lot of people on the subreddit giving great ideas. There are some really creative people out there! Mope.io has a lot of things Addicting Games could implement to make it change over time. I feel part of the reason Mope.io is still alive and doing so well after four years is that I kept adding things and changing it.”

It sounds like the future for Mope.io is as bright as ever. For longtime players, they’ll always have something new to look forward to and for new players who are just hearing about Mope.io, you can be certain it's a solid system with a massive player base and a publisher committed to improving it and listening to the fans. You can play Mope yourself by visiting the game directly at Mope.io or by playing it here on Addicting Games.

If you’re interested in hearing Stan describe the sale in his own words, check out this video.